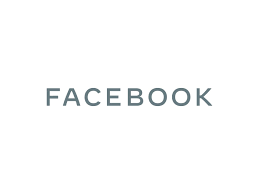 Facebook, Inc. operates as a social networking company worldwide. The company engages in the development of social media applications for people to connect through mobile devices, personal computers, and other surfaces. It enables users to share opinions, ideas, photos, videos, and other activities online.

According to Facebook, climate change is one of the most urgent issues facing the world today. They’re working to minimize their energy consumption from non-renewable sources, emissions and water impact, protection of workers and the environment in their supply chain, and partner with others to develop and share science-driven solutions.

Facebook launched the Climate Science Information Center to connect their community with factual resources from the world’s leading climate organizations and experts, as well as show people how they can reduce their environmental impact. Through these efforts, they hope to drive more awareness around this issue and spur climate action.

Facebook engages in sustainability activities and promotes a healthier and greener infrastructure. Despite producing significant amounts of CO2 each year, the company reduced their GHG emissions by 59%. In addition, Facebook has also been adapting their offices to LEED standards to meet their goal of reducing their environmental footprint.

Facebook is compliant with few UN Sustainable Development Goals. The company has minimal listings and certificates. The company would benefit from specifying their complacency with their targets and initiatives. While Facebook is working towards transparency as a company, their large scale prohibits them from doing so. For these reason, Facebook has been rated a C.

Facebook is working towards transparency and has invested heavily in renewable energy. However, concerns regarding data, privacy, and distribution of inaccurate information is questionable.