At Thales, they develop solutions that help their customers think smarter and act faster – mastering ever greater complexity at every decisive moment along the way.

Their company’s exceptionally high levels of technical expertise are the result of the creativity and commitment of its teams. This gives the Group a unique competitive advantage with which to achieve profitable growth in its five markets: aeronautics, defence, security, space and ground transportation.

AERONAUTICS: Onboard electronic equipment designed to increase flight safety and reliability; civil and military aircraft simulators; onboard connectivity and multimedia. Onboard equipment and functions for aircraft piloting, navigation and control.

For Thales, protecting the environment is a basic principle that forms part of the Group’s broader commitment to creating a safer world. In the early 2000s, the Group adopted a proactive environmental policy for all of its sites, activities and products, at every level of the organisation.

Thales requires its suppliers around the world to comply with the environmental principles of its Purchasing and Corporate Responsibility Charter. Consideration of these principles is one of the criteria used to assess bids, while audits carried out on suppliers include an environmental component relevant to their activities.

Meeting the challenges of climate change

Climate change is a major issue to which Thales wishes to provide a coherent response through its activities and services. The Group has two major goals, firstly to reduce at source its own CO2 emissions and those of its customers, and secondly to contribute to a better understanding of the effects of climate change through the development of innovative or eco-responsible solutions.

The signing of the French Business Climate Pledge in 2017 confirmed Thales’s commitment to and involvement in this long-standing fight against climate change. In 2018, the Thales group further honoured its commitment by setting up new multidisciplinary working groups to define a new carbon strategy, with the aim of setting targets for reducing its CO2 emissions in line with the trajectory of the Paris Agreement all whilst supporting sustainable growth. Lastly, Thales was awarded an A- rating by the Carbon Disclosure Project. This is the third consecutive year it has been ranked as one of the most transparent and effective companies involved in the fight against climate change.

Playing a key role in major programmes to understand the climate

For over 30 years, Thales has participated in almost all European climate missions by providing high-resolution optical and radar imaging systems.

For example, its SWOT oceanography technology provides higher resolution measurements of ocean surface and wave height, while models of the interactions between oceans and the atmosphere highlight the thermohaline circulation of the world’s oceans – the engine that drives the world’s climate – as well as the rise in sea levels due to global warming.

Creating the conditions for sustainable transit in towns and cities

Against a backdrop of growing urbanisation, creating the conditions for sustainable transit within and between cities is one of the most effective ways to combat CO2 emissions. Thales provides operators with transport systems that simplify access to transport through interconnected public transport, improve traffic flow, reduce consumption and increase network capacity by reducing journey times. In 2018, Thales finalised the acquisition of the Danish company Cubris – a market leader in driver advisory systems for main-line trains, and an essential technology for the autonomous train of the future. DAS allows for the real-time, fully secured exchange of information between the railway system and the train driver in order to optimise the driving of the train and reduce CO2 emissions.

Solutions for a low-carbon society

Thales leverages advances in research and technology to reduce its customers’ carbon footprint. A few examples that combine “ecology” and “innovation”:

For more than 30 years, Thales has been developing features to optimise flight paths and take-off and landing phases, and to make air traffic management smoother. These solutions also reduce noise, greenhouse gas emissions and energy consumption during all flight phases.

Thales’s ATS soft Energy Saving solution takes advantage of interactions between trains to save energy by optimizing real-time traffic management. use of slow speed profiles when the operating circumstances permit and optimisation of current recovery from train braking by synchronising the acceleration of some trains with the braking of others.

Thales’s PRESTO electronic system allows residents of the Greater Toronto area to travel by train, underground or bus using a single ticket, in the form of an electronic contactless card. Analysis of the data collected can be used to design new services, thereby encouraging the use of public transport.

In the field of artificial intelligence, optimising the processors used and the associated neural networks reduce their consumption significantly (by up to a factor of 100) and also helps reduce their size and mass for use in embedded solutions. In 2017, a team from the joint CNRS/Thales laboratory conducted the first cognitive experiment using an artificial nano-neuron. In 2018, it launched a new experiment that made 200 neurons interact with each other.

Thales has been involved in the development of satellites, optical instruments and high-efficiency radar to monitor the environment and climate change since 1974. As such, it is a key player in observing the earth, understanding climate change and monitoring the environment. Every day, satellites built by Thales Alenia Space provide weather data to more than half of the world’s population.

ISO 14001 – 89% of the employees work on one of the 118 certification. This is the reference standard for environmental management, and takes into account the environmental impact of products. 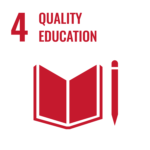 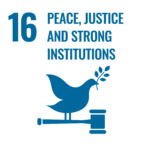 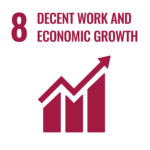 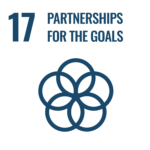 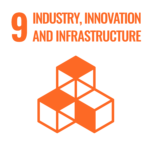 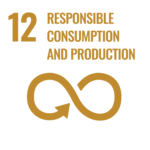 In 2018, through its foundation, Thales funded science-related educational projects that benefited more than 4,000 students and teachers worldwide.

Thales appears to be engaged toward sustainability covering multiple SDGs as well as holding certificates in ISO 14001 that 88% of the employees work on. They also have been awarded with Dow Jones sustainability indices. As they offer multiple services, Thales is quite transparent with which sectors have improved and by how much. It achieves the rating of B.