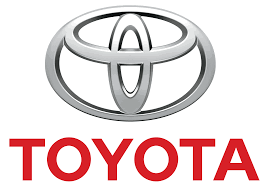 Toyota Motor Corporation is a Japanese multinational automotive manufacturer headquartered in Toyota, Aichi, Japan. They operate their business with a focus on vehicle production and sales, as well as contributing to local areas through corporate sports activities.

In 2017, Toyota’s corporate structure consisted of 364,445 employees worldwide and, as of December 2019, is the tenth-largest company in the world by revenue. Toyota is the second largest automobile manufacturer in the world, behind Volkswagen, based on 2018 unit sales.

Toyota was the world’s first automobile manufacturer to produce more than 10 million vehicles per year, which it has done since 2012 when it also reported the production of its 200-millionth vehicle. As of July 2014,

Toyota is working on initiatives that contribute to the sustainable development of society and the world through all its business activities in cooperation with the global society. At the root of these initiatives are the Five Main Principles of Toyota, passed down as the foundation of their corporate management, and the Guiding Principles at Toyota, which lay out how they want to be as a company.

In 2011, they announced the Toyota Global Vision, which lays out how they want to be as a company, based on their experiences with the 2008 global financial crisis and the series of recalls they had in 2010.

Toyota’s ideas and values are in line with the aims of the UN Sustainable Development Goals (SDGs), which went into effect in January 2016. Also, environmental issues are one of the key aspects of what Toyota sees as sustainability issues. With a view to the “under 2 ̊C” scenario agreed on in the Paris Agreement, Toyota is promoting initiatives under the Toyota Environmental Challenge 2050.

Toyota’s 6 environmental challenges to be achieved by 2050:

Toyota has clear goals and initiatives for incorporating sustainability throughout their business. More specifically, the company aims to reduce their damage and promote sustainable practices in both their workplace and in their communities.

Toyota holds several certificates such as ISO 14001, ISO 26000 and LEED-certified offices. They contribute to their societies through partnerships with NGOs and other organizations.In addition, Toyota is compliant with the UN Sustainable Development Goals. For these reasons, Toyota have been rated a B.

Toyota strives to be a steward for the environment and is transparent in its efforts. However, the nature of the industry and the impact automotive and transport has on the environment is detrimental.