The company does not disclose this information

Truist apologizes for links to slavery. ‘I will do everything I can to make it better,’ CEO says

Truist Financial Corporation is a financial services company headquartered in North Carolina formed by the merger of BB&T and SunTrust. The bank offers a wide range of services including:

With 275 years of combined BB&T and SunTrust history, Truist serves approximately 12 million households with market share in many high-growth markets in the country. Indeed, Truist is considered a top 10 U.S. commercial bank with total assets of $518 billion as of March 31, 2021.

Truist Bank states they are addressing climate change and assisting in the transition to a lower-carbon economy. In their report, they mention that they committed $15 million to energy and water reduction efforts across their facilities. Some of their initiatives are included in the following sectors:

Reductions in energy and water consumption:

Because the bank has only recently merged, no targets or progress has been recorded in the 2019 Corporate Responsibility Report. However, the bank has established a baseline for reporting Scope 1 Scope 2 greenhouse gas emissions for the 2019 reporting year, which they will use for future goals and target-setting.

Truist Financial Corporation states they refer to the Global Reporting Initiative (GRI) and Sustainability Accounting Standards Board (SASB) disclosures in the index. Truist also disclosed to external reporting programs, including the CDP.

Notably, the bank has been supporting solar energy through investments and loans:

The bank does not mention any targets, stating it is because it has only recently merged and has not gathered much data. However, it does mention some of the progress that has been made (without benchmarks). 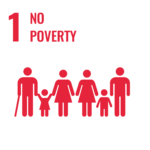 Because the bank has only recently merged, no targets or progress has been recorded in the 2019 Corporate Responsibility Report. However, the bank has established a baseline for reporting Scope 1 Scope 2 greenhouse gas emissions for the 2019 reporting year, which they will use for future goals and target-setting. Moreover, it has recorded some of the progress made: for instance, the bank has estimated saving around 36.2 MM kilowatts of energy.

Tuist Bank has invested $29.459 B in the fossil fuel industry since the adoption of the Paris Agreement. However, the bank divested from the industry in 2020.

It is evident that Truist Bank is on the road to sustainability, and its initiatives (or lack thereof) and contribution to the fossil fuel industry indicate that it is mediocre on the sustainability index.

Therefore, the company has been rated a C.

With the bank’s efforts to set baseline reporting targets for future reports, Truist Financial Corporations could upgrade its score if it states and achieved measurable targets — which would, in turn, help them qualify for notable listings and awards.

No notable sources have been found that would add information not stated in the report.